Marijuana and psychosis: One family’s story 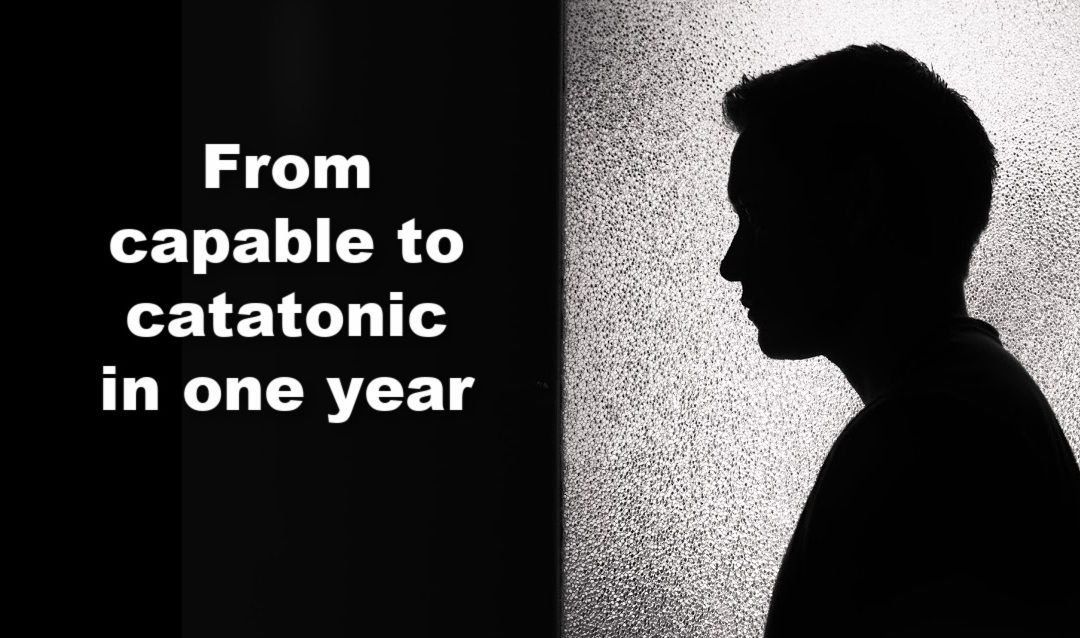 From capable to catatonic in one year

Carl just wanted his son back.

Jake had become “like a walking zombie who was incoherent and catatonic,” Carl said of his son. Jake had been admitted and released by several state mental health facilities after suffering what Carl believes is cannabis-induced psychosis.

“We saw six in-network psychiatrists and they basically told us there is nothing we can do about your son’s dilemma.” Carl said. “They said we should put him in a housing facility.”

Frustration grew and hope dwindled, but he wouldn’t give up on his son.

“All these roads I’ve traveled and doctors I’ve seen, and it came down to this,” Carl said. “This is my last shot.”

Carl compared his situation to the classic Princess Leia plea in the first Star Wars movie: “Help me, Obi-Wan Kenobi. You’re my only hope.”

“I came to Silver Hill Hospital and met Rocky (Dr. Rocco Marotta),” Carl said. “He was my only hope.”

Jake got decent grades in high school, enjoyed family time with his parents and two younger siblings, shredded down mountains on his snowboard, worked at fast-food restaurants and cheered at hockey games with his dad. Carl described him as a basic, easy-going kid.

Then Jake went off to college and dramatically increased his marijuana usage. He kept losing cell phones his father would send him, but Carl later figured out Jake was selling them to buy marijuana.

Jake dropped out of school during his freshman year and returned home. He got a full-time job at a supermarket and was on track for a big promotion. At the same time, however, Jake’s heavy marijuana use continued.

“Slowly but surely there was degradation in responsibility and coherency,” Carl recalled. “He wouldn’t show up for work, he didn’t come home at night, he started stealing from us. I’m not proud of this, but he and I had a physical altercation once. All he wanted to do was go out and find pot. He had just spiraled out of control. He was a fully functional and capable young man and within one year he was incoherent and catatonic.”

A psychiatrist from Columbia University suggested an inpatient psychiatric hospital stay for Jake. Carl balked at first as he didn’t want to be separated from his son. Months later, as Jake continued his spiral, Carl brought his son to Silver Hill Hospital.

The hope he needed

Dr. Marotta instantly took an interest in Jake. Rocky is the Service Chief for the Adult Transitional Living Program at Silver Hill Hospital. He specializes in the treatment and research of chronic conditions such as schizophrenia, schizoaffective disorder and Bipolar Disorder.

Rocky’s biography on the Silver Hill Hospital website quotes him as saying: “We never give up here. We use every means possible to help patients and their families. That’s the magic of this place.”

That magic started almost immediately and two conversations with Rocky provided the hope that Carl so desperately needed.

“Dr. Marotta called at 9:30 the next morning (after admission),” Carl recalled. “He said he was intrigued by Jake. This man in Connecticut, brilliant in his field, is intrigued by my son and his condition. This, after all those other doctors telling me to quit. I told my wife: ‘This is the best phone call we’ve received yet.’”

Then came the conversation with Dr. Marotta that to this day brings tears to Carl’s eyes.

“Rocky said: ‘I can see behind his eyes and he’s intact.’”

Dr. Marotta diagnosed Jake with schizophrenia – likely triggered by heavy cannabis use — and started experimenting with medications and dosages to treat Jake’s condition. Rocky told Carl it would take about four months to get the medication right; then up to a year to fully see “what we’re dealing with.”

Carl likened that stage of recovery to Rocky “playing with a Rubik’s Cube until all the colors matched up.”

After one month at Silver Hill Hospital, Jake called Carl to say he was watching a New Jersey Devils game and it made him think of his dad.

“To me, that says something,” he said. “So many of them were heavy marijuana users. The psychosis is simmering away. We need to convince families that there is a problem because they think it’s just depression.”

National studies and reports suggest similar findings linking cannabis use to the onset of lasting psychosis.

Jake stayed at Silver Hill Hospital for seven months. Carl’s insurance company initially cut off payment after 30 days, but Carl pleaded with his employer and the insurance company to let Jake stay longer. He feels fortunate to have won that battle as he knows it is one many families lose. Thanks to Silver Hill Hospital’s supporters, the Hospital does provide financial aid for families in need.

Jake has now been home with his family for almost four years. He is “capable, coherent and cognizant,” Carl says. Jake is not what others would consider “normal” yet, but Carl feels as though he has his son back. Jake is ready to find a part-time job and Carl feels he is ready to drive again.

Carl still brings Jake to Silver Hill Hospital once a month from their New Jersey home to see Rocky.

“Each week or month little things happen that show me Jake is coming back,” Carl said. “I made a deal with the Lord and asked Him if I can have my son back so that I can at least have a conversation with him and have him engage and be part of the family, I’d be happy. That’s what I have. In my mind, Rocky Marotta saved his life. I’m grateful.”

So many questions remain

Carl is frustrated the path that eventually led to Silver Hill Hospital was fraught with so many obstacles. Why did so many doctors give up on Jake? Why is marijuana becoming legalized and more easily accessible when evidence linking cannabis to permanent psychosis continues to grow?

“I think of how many other kids and families are going through this and not getting help. I suffered through two-and-a-half years of the unknown,” Carl said. “All those doctors who told me to give up … How do we educate them that there is hope? The road I’ve traveled; I don’t want anyone else to travel. If you see signs (of behavior changes), get in your car and get to New Canaan. If it weren’t for Silver Hill, Jake wouldn’t be here. I really believe that.”

The names have been changed to protect the privacy of the family. Reprinted with permission from the author. See original article, on the Silver Hill Hospital website.