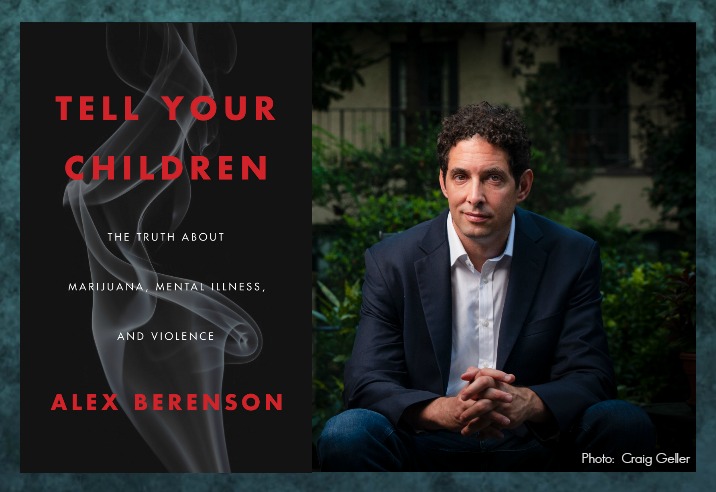 Former NY Times Writer Delves into Dark Side of Cannabis

MomsStrong applauds the release of an important new book, “Tell Your Children: The Truth about Marijuana, Mental Illness and Violence.”

Have we been duped by the marijuana industry? The kind of drugs we legalize shapes the type of society we live in. Author Alex Berenson’s forthcoming book proves that the legalization of marijuana will have a huge net negative effect.

A little bit of background about Alex Berenstein, he’s a former NY Times investigative reporter whose book Tell Your Children: The Truth About Marijuana, Mental Illness and Violence was released 1-8-19.

Reviews and Interviews with the Author

Update: now that the book is out, the media blackout on marijuana harms is broken. We will continur to post all the reviews and interviews, below. Please bookmark this page and share with others.

“But let me say through clenched teeth that it is of course very good news that a fashionable young metropolitan person such as Mr. ­Berenson is at last prepared to say openly that marijuana is a dangerous drug whose use should be severely discouraged. “

Berenson Speaks to the Heritage Foundation

Berenson at the Hudson Institute

This reporter took a deep dive into the science of smoking pot. What he found is scary.

Let our journalists help you make sense of the noise: Subscribe to the Mother Jones Daily newsletter and get a recap of news that matters. It’s been a few years since Alex Berenson has “committed journalism,” as he likes to say.

Is Marijuana as Safe as We Think?

A few years ago, the National Academy of Medicine convened a panel of sixteen leading medical experts to analyze the scientific literature on cannabis. The report they prepared, which came out in January of 2017, runs to four hundred and sixty-eight pages. It contains no bombshells or surprises, which perhaps explains why it went largely unnoticed.

Learn more about the book on the Simon and Schuster website, “Tell Your Children: The Truth About Marijuana, Mental Illness, and Violence.”