Suicide Rates in Colorado and the Connection to Marijuana

“Toxicology reports were available for 93 of the teenagers who died by suicide. Among them, 14 had marijuana in their system, six had alcohol and six had amphetamine.”

Parents in the four Colorado counties with the highest rates of youth suicide used these words to describe their emotional state: paralysis, exhaustion, desperation and surrender. By surrender, the parents meant leaving their jobs to watch over their kids or “outright moving to other communities” to run away from a rash of youth suicides, according to a year-long report released Thursday by the Colorado attorney general’s office. 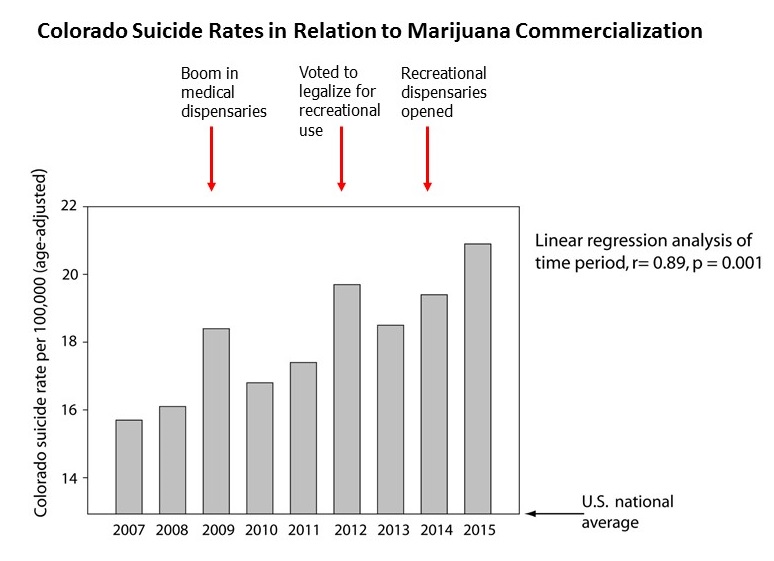 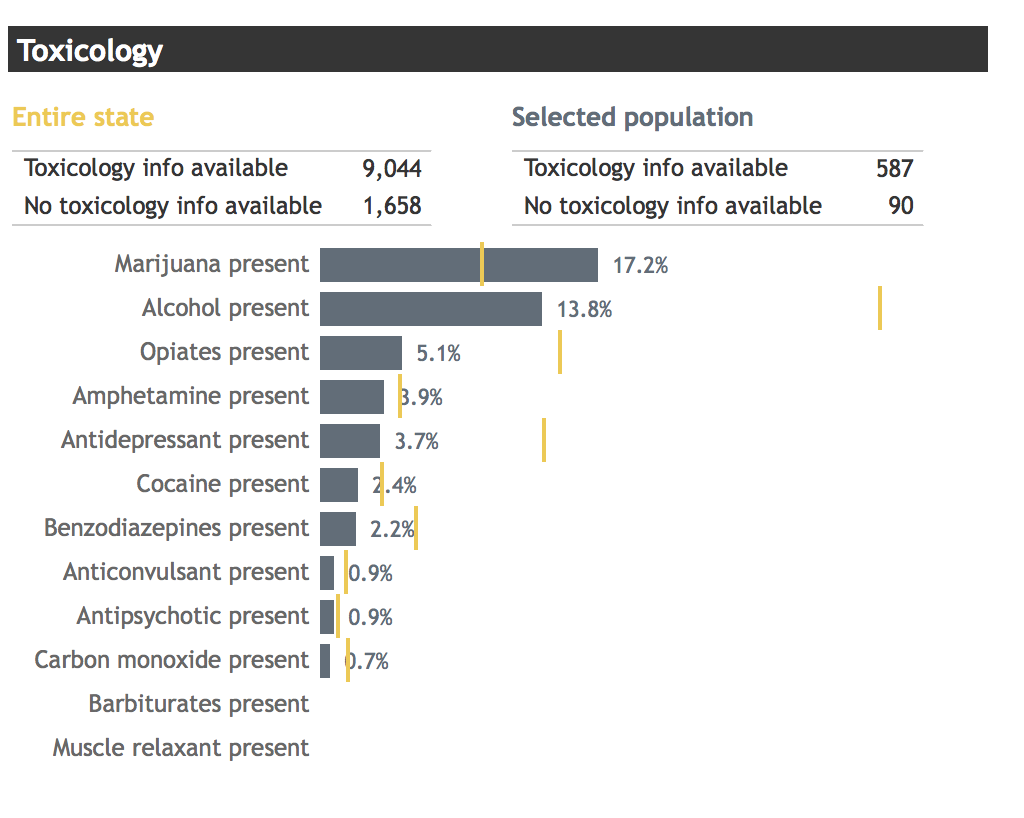 This graph is for the years 2014-2015 (the last year available was 2015) for 10-19 yr olds. The rate of marijuana positive was nearly double the rate of alcohol positive for teen suicide victims. Colorado started legalized marijuana sales in January 2014.