California legalized medical marijuana in 1996, since then the black market has exploded. Northen California has been especially hit hard. Please listen to S…

11:00 min Podcast interview with Sir Professor Robin Murray: NOT TO BE MISSED

Here is a very candid viewpoint expressed by a frustrated British schizophrenia expert (Sir Professor Robin Murray, MD) who clearly doesn’t understand why Americans would undertake the legalization experiment underway in Colorado, Alaska, Oregon, Washington state and D.C. when so much science points towards serious mental health harm. At the end of the interview he states: ” I think we should wait and see what happens in the US. I say doing research on monkey and rats is very expensive, you have to look after them, keep them in cages. Americans are doing it for free. So we just wait and see what happens in Colorado, more psychosis, and more road traffic accidents. We should be cautious.” Announcer – “Lab rats. Human lab rats.” Murray – “American lab rats for free.”

A leading psychiatrist explains the latest research on cannabis.

Winners this Election Day ranged from governors-elect Ralph Northam and Phil Murphy to new Virginia state rep. Danica Roem, far from the first transgender legislator in the land, and the 93-year-old new mayor of Tinton Falls, New Jersey. But they weren’t the only ones: The legal marijuana industry…

Stuart Gitlow MD, past president of the ASAM (Amer Society of Addiction Medicine) testified in the Senate hearing presided over by the pro pot Senators Cory Booker (NJ) and Kirsten Gillibrand (NY). There are testimonies by NIDA, the FDA, a pharmacologist from UC-Irvine but Dr Gitlow’s testimony is explaining how the current distribution of the psychoactive drug (marijuana) has enormous potential to harm our public health.

“But we must be careful, since the evidence we have reviewed suggests that cannabis, like other psychotropic drugs, has negative as well as positive effects. When you consider that almost 200 million people worldwide use cannabis, the number of people who suffer cannabis-induced psychosis is likely to be in the millions, and the number at risk for developing serious mental health problems becomes a huge concern.” 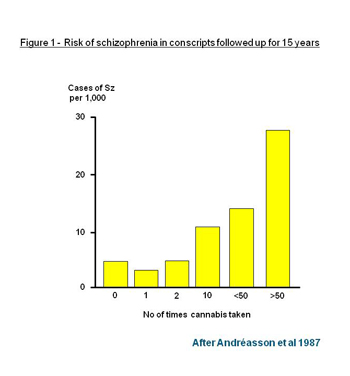 Beginning in the mid-1980s, European psychiatrists like me started seeing an increasing number of previously well-functioning teenagers who had developed hallucinations and delusions: the characteristic picture of schizophrenia. These troubled patients puzzled us because most had been bright and sociable and had no ties to the usual risk factors such as a family history of the disorder or developmental insult to the brain. Eventually the sheer volume of data convinced European and Australian psychiatrists of a link. Cannabis is now generally accepted as a cause of schizophrenia 23-24 (though less so in North America, where this topic has received little attention). Argument does continue over just how significant cannabis-associated psychosis is. In different countries, the proportion of schizophrenia attributed to cannabis use ranges from 8 to 24 percent, depending, in part, on the prevalence of cannabis use.

Studies that have tied cannabis use to schizophrenia in the developing brain are just the tip of the iceberg when it comes to marijuana. Our author, a noted British psychiatrist, offers a European perspective on issues such as the dangers of synthetic cannabinoids, dependence and cognitive impairment, and the implications of legalization.

Sir Robin Murray, the author of this month’s Cerebrum article, “Appraising the Risks of Reefer Madness,” first began to wonder in the 1990s why more and more young people were seeking treatment for psychotic symptoms in the United Kingdom. Many had been excellent students and athletes and socially active when—with no apparent family history of psychosis or trauma— they had started to develop cognitive problems and then hallucinations and delusions. Common in many of their stories was one familiar refrain: they were known to have smoked huge amounts of marijuana. We asked Murray, M.D., professor of psychiatric research at the Institute of Psychiatry at Kings College in London and former president of the European Psychiatric Association, to embellish on some of the points he makes in his article. (The results of a six-year study lead to calls for more public awareness about the effects of using a potent form of cannabis.

Sir Robin Murray, the author of this month’s Cerebrum article, “Appraising the Risks of Reefer Madness,” first began to wonder in the 1990s why more and more young people were seeking treatment for psychotic symptoms in the United Kingdom.

Interviews about Super Strong Cannabis Posing Problems in the UK

Researchers are warning that a mental health crisis – caused by super-strength cannabis – is being exacerbated by Government policy which puts criminalisation ahead of young people’s well being.

Interview was at a press conference in Vancouver for the Canadian Mental Health Association, 2007. “Quitting cannabis has been an important part of my recovery from mental illness”. “Marijuana can trigger psychosis,” said Trudeau. “Every time I was hospitalized it was preceded by heavy use of marijuana.”

Read more excerpts from the interview.

Massachusetts Lawmakers not sold on pot

(Jim) Gerhardt (police sergeant in Thornton) relayed grisly stories of marijuana-intoxicated individuals committing gruesome suicides or even murders, dismissing claims by proponents that users tend to mellow out. Gerhardt ticked off a laundry list of negative impacts since legalization in his state, from an increase in marijuana-related suspensions and expulsions among school-aged children to a reported rise in veterinarians treating dogs for toxicosis caused by pets either inadvertently ingesting the pot or purposely being fed the drug by their owners.

Law enforcement officials are not prepared for the legalization of recreational marijuana, Walpole Police Chief John Carmichael said. The Campaign to Regulate Marijuana Like Alcohol is seeking to place a question on the November statewide ballot legalizing marijuana for recreational use.