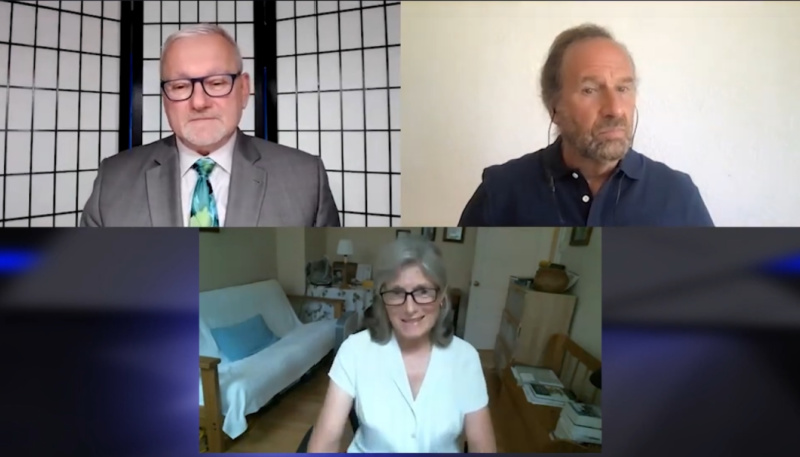 Marijuana, Psychotic Breaks and Schizophrenia, was the topic of an August 2021 public health broadcast. Show host, Peter Komendowski interviewed Dr. Ed Gogek, psychiatrist and author of the book Marijuana Debunked – a handbook for parents, pundits and politicians who want to know the case against legalization and Dr. Christine Miller, Neuroscience Researcher and Science Advisor to Smart Approaches to Marijuana. Partnership for a Healthy Iowa produced the “Surviving Bad” show.

Dr. Christine Miller, who studied psychosis and its root causes her entire neuroscience career, says in this interview that any FDA-regulated pharmaceutical proven to cause this much psychosis would be pulled off the market.  She explains that since much of the important research on this topic is published by European scientists, too many doctors here in the United States and the general public are unaware of the marijuana-psychosis link.

Dr. Ed Gogek, a psychiatrist who has worked in the prison system shares his clinical experience with this serious mental illness and says that it is not uncommon for psychosis to result in violent behavior, murder or suicide.

Both experts agree that to educate children on the science will help keep them from experimenting with drugs, including marijuana. “Teens are smart and they will avoid drugs that they know to be dangerous,” says Dr. Gogek.

In the interview, Dr. Miller refers to the science available on the iasic1.org website.

Here is the direct link to it: Bradford Hill Elements of Causation Applied to Cannabis Causing Psychosis.

This video originally appeared on the Partnership for a Healthy Iowa “Surviving Bad” show.