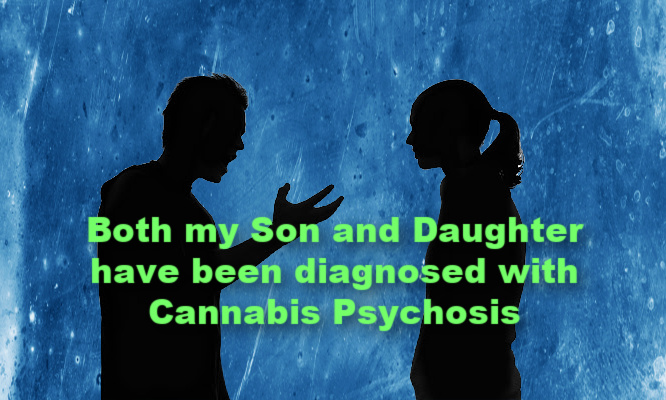 My daughter and son were able to get medical marijuana cards for anxiety when they turned 18. The anxiety has been felt by the family ever since then. They both have been diagnosed with cannabis psychosis which they don’t believe they have. It’s everyone else going against them.

My son has been in a mental institution twice and though he’s still using, he is much more calm than my daughter. My daughter is constantly being arrested. She attacked her 84 year old grandmother with a knife to help her to die by cutting her throat. Thank goodness her grandmother is fine.

My daughter has attacked me with a knife and cut me. She told the police that I implanted GPS devices behind her eyes, brain or somewhere in her body. She has been to every kind of doctor to have CT scans, X-rays and MRIs to find the devices.

This has been a living nightmare since they both need therapy and won’t go get it. Marijuana has been the root of evil in my family and I curse the day they made it legal in NJ and so easy to obtain without regulations.

Submitted by a mother from New Jersey.