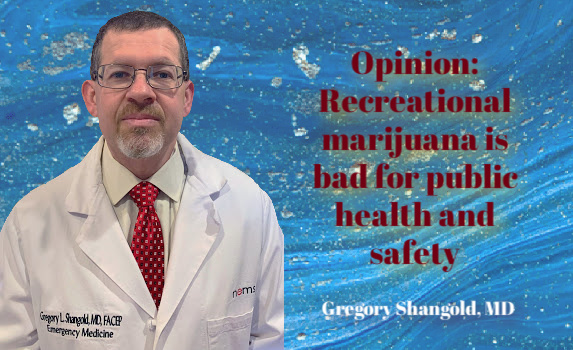 Gregory Shangold, MD, is president of the Connecticut Medical Society. He writes in Monday April 5, 2021 in the Hartford Courant that at the start of their careers, physicians take the Hippocratic Oath, committing themselves “to science and to a set of ethical principles that promote health, honesty, trust, and service to all patients in need of medical care.”

The society believes it must ensure that policymakers in the state are informed about the health implications of certain policies, including marijuana legalization, which it sees as a bad idea. The issue has been cast as a budget issue, but the medical society sees it as an issue of public health, Dr. Shangold writes.

Physicians are seeing alarming data from legalization states, due to high levels of THC. Marijuana use “increases the risk of depression, suicide, psychosis, cognitive impairment, and worsened academic performance among youth.” Since Washington legalized the drug, suicides among youth who had marijuana in their systems jumped from 14 percent to 23 percent. In Connecticut, adolescent marijuana use has remained low at about 16 percent, but there has been a 10 percent spike in use among the 18-25 age group. In 2018, nearly half of young adults used the drug. Studies show that cannabis use disorder has grown 25 percent in legalization states. Also, fatalities among Washington State drivers with marijuana in their systems doubled after legalization there.

While the medical society sees the need for decriminalization and reduced penalties for marijuana offenses, “allowing the recreational use of marijuana is bad science, bad policy, and dangerous to Connecticut’s public health.”