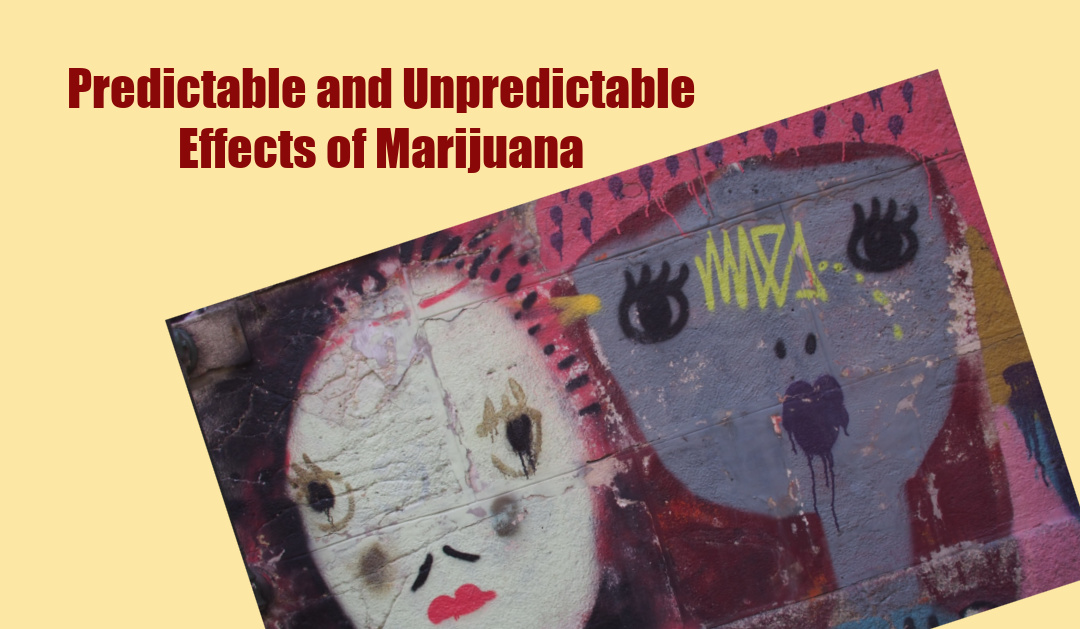 There is no way to “safely” use any amount of THC. Not only is there a cumulative effect that varies from person to person, there are many different kinds of unpredictable as well as predictable effects. These effects include harmful mental, physical, and spiritual effects. For instance, regarding the latter, theosophists say that “will power is soul power”. They hold the view that giving up of one’s will power under the influence of a psychoactive drug and hallucinogens, including marijuana, amounts to giving up one’s “soul power”. See spiritualharmofmarijuana.com for further views on this topic. Scientific research references to the harmful mental, physical, and societal effects are all noted in the following article. References to research linking marijuana use and exposure to the sensitization of the brain (at all stages of development and at all ages) is noted. Also noted in the following article is the increased tendency of those whose brains had been sensitized, to use and become addicted to marijuana as well as other substances, including opioids. (Both human and animal research cited in the article confirm this finding) :

“Why Marijuana Legalization is a Very Bad Idea ~ Marijuana as a Contributor to the Opioid Crisis, the Homeless Problem, and Societal Unrest and Its Harm to the Brain, Body, Future Generations, and Environment”. Published October 22, 2020 by the American Center for Democracy.”

The fact that THC has “idiosyncratic psychotomimetic” effects in normal human subjects was established in the sixties by Harris Isbell et al., Psychopharmacologia, 1967. Such findings have been reconfirmed by other researchers over the years. The arteriopathic, teratogenic, and genotoxic effects are also noted in the article “Why Marijuana Legalization is a Very Bad Idea”. For voluminous references on physical effects and birth anomalies, see the FDA submission of Stuart Reece, M.D. (also posted at GordonDrugAbusePrevention.com) and Google his work and that of Dr. Gary Hulse on these topics. Alarmingly, their work shows the linkages between marijuana use among males and females and a growing list of genotoxic effects. Here are but a few examples of their work:

A geospatiotemporal and causal inference epidemiological exploration of substance and cannabinoid exposure as drivers of rising US pediatric cancer rates. BMC Cancer 21, 197 (2021).

The online courses that I teach for Auburn University Outreach on the effects and impacts of marijuana use highlight such information. The course that I teach on the drug crisis emphasizes the ways in which marijuana use and legalization are fueling the epidemic of drug use and addiction. I also teach a course on “Transforming and Leading Organizations” that can be helpful to those leading organizations dealing with the drug problem. Information about the courses can also be found on the following websites: PopPot.org Online Course  and GordonDrugAbusePrevention.com. One may also go directly to the Auburn University Outreach website for the course on The Effects and Impacts of Marijuana;  (for the course on The Drug Crisis, and for the course on Transforming and Leading Organizations; or call (334) 844-5100.

A suggestion: Educational efforts are essential in order to dissuade users and promoters of legalization and use regarding the harmful consequences of their actions and the harmful effects of use. You may wish to gift registrations for any or all of these courses to individuals who might be able to benefit from the course content. This would include public officials, their staff, those in non-profit organizations working to address the drug problem, and parents or friends of users who are trying to dissuade others from using marijuana and other psychoactive substances. Indeed, health care providers as well as researchers might also find the courses helpful. The courses are also suitable for those who are educators and trainers in the drug abuse field.

Paula D. Gordon, Ph.D. is an Educator, Writer, Strategist, Online Publisher (including GordonDrugAbusePrevention.com ), and Instructor of online courses offered by Auburn University Outreach. Paula can be reached at pdg0005@auburn.edu