Important New Data: Impact of Legalization on Drug Use Rates 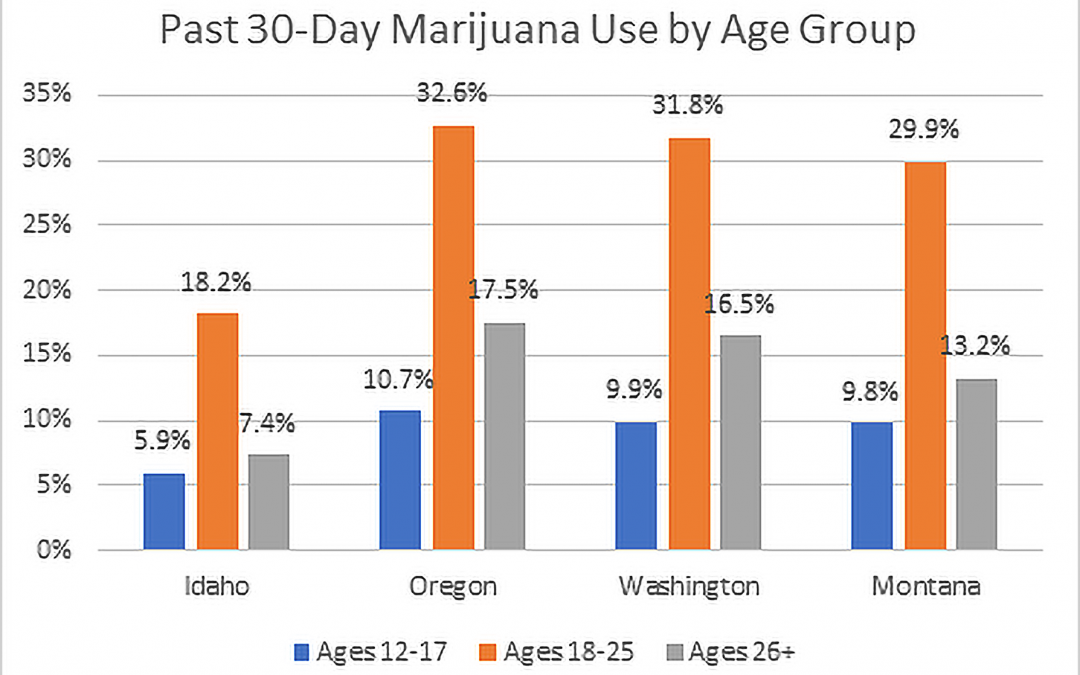 The 2018-2019 National Survey on Drug Use and Health provides important new data regarding drug use in America. Because this data is difficult to interpret, the value is often not realized until it is analyzed and put into a user-friendly form.
For many years, Idaho has created a chart that shows past month marijuana use in three age categories and for all states. The states are ranked in order from highest to least use. States are also color coded based upon their legalization status at the time of the survey. You will quickly see that legalized states represent the highest marijuana use in the nation.
This chart is one of the most useful tools we have for showing the consequences of drug legalization.

Although we often focus on teenage drug use, there are also significant consequences associated with 18-25 year olds since that age group represents older teenagers, college students, young marrieds (often with children), and people entering the workforce.

Along with the nationwide chart, see below the bar chart graphic which compares Idaho’s past month marijuana use with three of the neighboring states which have moved from “medical” marijuana to recreational use in recent years (Oregon, Washington and Montana).

As you will see, these neighboring states have drug use rates that nearly double or triple Idaho rates, and drug use among young adults in these states is approximately one third of that population!!
Not content with recreational marijuana, Oregon just legalized ALL drugs in November after a $6.2 million dollar media campaign that was financed by out-of-state drug lobbying organizations that included nearly $5 million in donations by New York based Drug Policy Action as well as a $500,000 donation by Facebook founder Mark Zuckerberg. 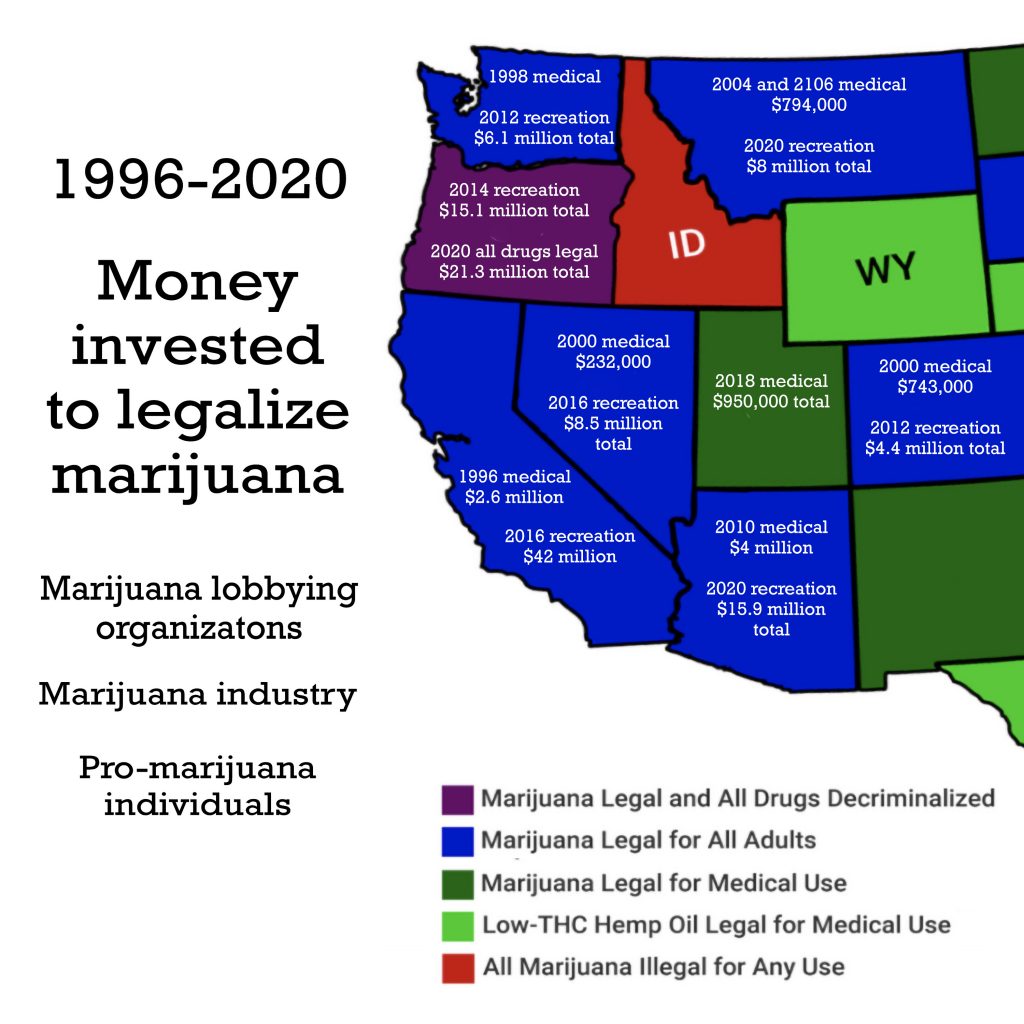