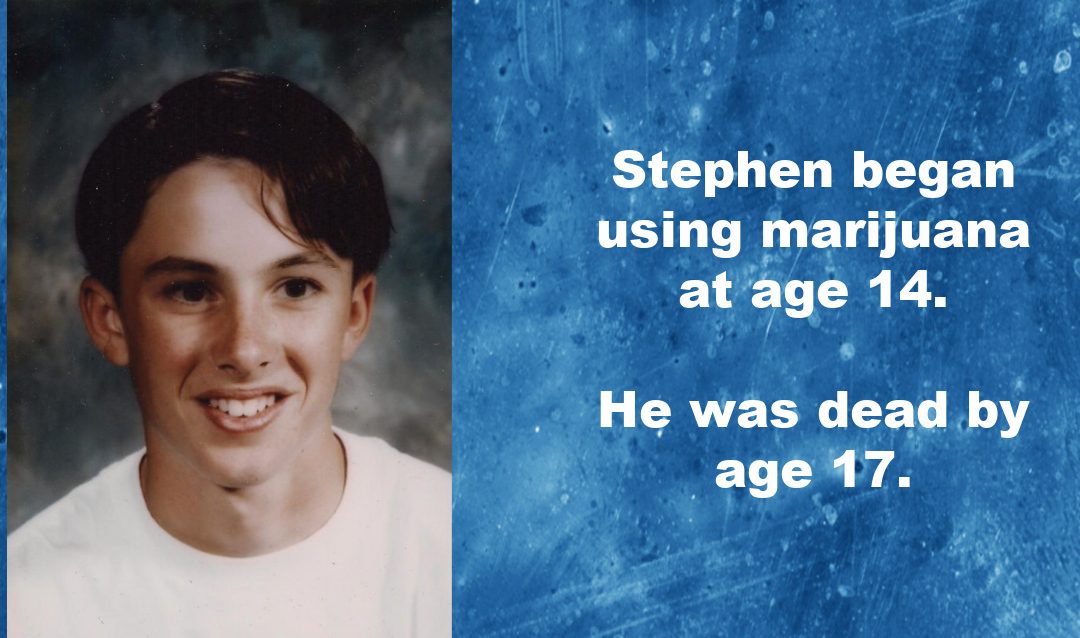 It was a beautiful, clear February day. All of the High School campuses were open. They were conducting SAT tests. My son left for school early and I didn’t get a chance to say goodbye. He was a junior in high school, 17 years old and my only child. He took his English SAT and  I know this because they mailed the results a few months later. He asked a friend to drive him off campus during lunch break. She drove to Burger King. They ate, met another girl and decided it would be fun to meet Stephen’s best friend at another high school campus.

Stephen’s friend did not take any exams. He had asked a friend if he could sit in his car and listen to music. The friend said sure, handed over his keys but said “Don’t drive my car.” Later another boy from the neighborhood asked Stephen’s friend to give him a ride home, indicating he would pay for gas. It was at that point everyone’s lives would change forever. That beautiful February day would never be forgotten.

He met Stephen and the girls and they all piled into the cute, red, Mitsubishi Eclipse. Stephen’s friend drove to a dirt road and the police report estimated the car reached speeds above 60mph before Stephen’s friend lost control. Stephen did not have his seat belt on and he was ejected out the back window. The car went airborne, flipped end over end and landed on top of Stephen’s upper body, killing him. No one else in the car suffered serious injury.

It just took a few seconds for me to no longer be a parent and Mother. We were no longer a family. We were a couple. The decisions made by one 17 yr. old boy on that day, ended the life of his best friend and destroyed a family. It all started with marijuana use.

Stephen began using marijuana at  age 14. He inadvertently left a homemade pipe and the remains of marijuana in a little baggy on his nightstand for me to find. I was determined to reverse the downward spiral of Stephen’s life. The school called me about missed assignments, behavior in class, cutting class and expected failures. Juvenile Services became a part of our lives. Stephen was randomly drug tested and with every test the consequences increased. We participated in family counseling. Stephen participated in every program available, including weekend work detail, weeks in juvenile detention, a 6 month stay in a Juvenile boot camp and ending with a 6 week stay in a residential drug rehabilitation program. When Stephen died, he had been drug free for six months. We were seeing a glimmer of hope only to have it all end with his sudden death in a car crash involving marijuana.

My focus in life had been my son and family. I had nowhere to direct that energy, only pain. I needed to find a way to move forward at a time when I felt dead. It came in the form of volunteering. My husband and I started volunteering with Northern Nevada MADD.

We were asked to support other families going through the court process. We learned that Nevada did not have a DUI law pertaining to drug use. Frequently, drug use charges were dropped and drivers were charged with involuntary manslaughter and felony reckless driving. Neither of these offenses mandate prison time, meaning drivers could walk out of court on probation without any penalties to their driving record.

We supported a single Mother, whose 15 year old son was standing outside the disabled car he had been riding in,  and was hit and killed by a marijuana impaired driver. That driver was on probation at the time of the car crash for marijuana use and possession. He was found guilty of involuntary manslaughter, placed on probation and walked out of the courtroom.

My son’s birthday was Christmas Day. That Christmas of 1997, instead of sending Christmas cards to friends and family, I wrote letters to every Nevada State Legislator telling our story, adding a picture of Stephen and asking for a law making it illegal to drive with illegal drugs in your system. I got 13 replies and several phone calls.

A first term Assemblyman met with us. He allowed us full access to his resources. We sat together and wrote a zero tolerance per se bill for drugs, AB196. We gathered the support of two other victims families and Northern Nevada MADD. Our bill failed but Nevada State Senator Jon Porter had introduced a similar bill (SB481) and we were encouraged to help lobby it into law. In 1999, together with our 3 victim families and another family in Las Vegas, we helped pass SB481 into law, establishing a marijuana 2 ng THC per se law. It has survived two State Supreme Court Challenges and provided justice for countless victims of marijuana impaired drivers.

Since passage of that legislative bill into law, we have returned to testify in opposition to the many challenges to the law, such as: exempting medical marijuana card holders from the law, raising the THC level from 2 ng THC to 100 ng THC. We have supported changes that strengthened the law by removing provisions for urine tests and instead specifying that blood levels of THC be determined. We have supported legislation such as a 24/7 program, which allows 2nd time DUI offenders to participate in testing twice a day, 7 days a week for alcohol and random drug testing. We currently support legislation which would allow Nevada Highway Patrol to draw blood.

We have witnessed many families permanently damaged by the use of marijuana. It has been impossible for us to sit by and do nothing to try to prevent such devastation. I believe if the public sat in courtrooms and heard how many lives are adversely affected by drug use, our country would not be pursuing more liberal marijuana use laws. You cannot bring back a life lost.

Submitted by Illona Mager a mom in the state of Nevada. This is an update to her original story, The Deadly Consequences of Marijuana Use submitted to Moms Strong in 2015. 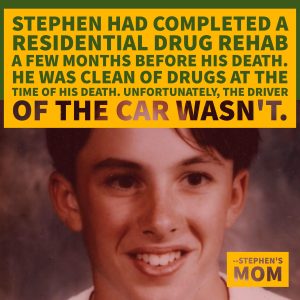 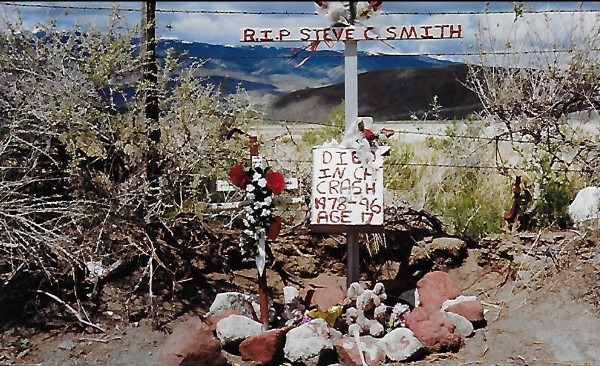