My son David, who is in his early thirties, is still alive, but not very healthy. He doesn’t get enough to eat, becomes dehydrated in the summer Los Angeles heat, is vulnerable to infections, including the current Coronavirus Pandemic, and recently had four teeth extracted due to decay. He has been living in his 1970s van for the past three years, somewhere in Los Angeles. Sometimes I see his van in the neighborhood and sometimes I go for months without knowing where he is. Most of his days are spent in what I imagine is survival mode, just dealing with the routines that people with homes take for granted – having a toilet, bathroom, refrigerator, food, water and clean clothes. But there’s also the dangers and discomfort of sleeping in a rusty van smelling of oil and fuel emissions. In the summer it’s an oven, in the winter it’s cold steel. Perhaps because of these hardships, my son chooses to smoke marijuana, like so many of L.A.’s homeless population, and this leads to an endless cycle of mental crises, hospital admissions and release back onto the street by California’s broken mental health system.

David was my first child. I’m sure that my husband and I were not perfect parents, but we loved our children. We were both Baby Boomer parents who grew up in the 1960s social and conscious revolution, both partaking of Hippie pot while we were at college. We were following the example of our musical idols like Bob Dylan, The Beatles, Crosby Stills and Nash, Joni Mitchell. But when we got married in the 1980s, all that stopped. We both knew that whatever fun we had had in our 20s with marijuana had been a distraction from the real experience of living. David grew into a healthy teenager, perhaps not as athletic as his footballer classmates, but he loved science, was an A student in high school, and won a scholarship to study at one of the USA’s top science institutions.

The day of David’s high school graduation someone gave him a joint. I noticed an immediate shocking change in his personality. Whatever was in that joint was not the Hippie weed I had smoked thirty years earlier. Instead of words of peace and love, David was angry, threatening and using profanity.

It wore off, and David started his college studies.. With Medical Marijuana dispensaries littered along the boulevard adjacent to his college, and a recommendation from a student counselor at the college that marijuana might “help” his anxiety over studies, my son began smoking this modern crop of potent marijuana every day. At that time, I was just beginning to read articles about how this high THC cannabis was so much more potent than the 2% THC weed my generation had smoked. I could see my son’s mental and physical health deteriorating, and his lecture attendance and college grades declining. I called administrators at the college many times but was met each time with a wall HIPAA confidentiality silence. He was over 18, a legal adult, and I had no control over his health, despite what I’m sure the biologists at his college knew – the human brain does not stop developing until after age 25, and that the college years, 18-24, also happen to be the most crucial time for brain development, and the time young people are most susceptible to mental illness.

After a year of college my son had his first psychotic break. His speech was very erratic, he was hearing voices, and confusing people on the TV news with his friends. The college initiated a 5150 and he was taken to the local hospital’s psychiatric facility. The stay evolved to a 5250 and after about 3 weeks, my son was released in a somewhat normal and sober state of mind. He had been given Haldol, Depakote and a prescription for Zyprexa, which seemed to send him to sleep most of the day and caused him to put on weight. After several months of counseling, David was accepted back into college. Within a week he started smoking marijuana again and the voices and paranoia came back. The more I tried to reason with my son, the more abusive he became, blaming me for what had transpired.

After several more medical leaves from college, David finally gave up on his studies. He also wanted his freedom, away from his mom, and free to take his “medicine”, which was now so popular with young people that teenagers were beginning to smoke it in Middle School. Because he had been diagnosed with Bipolar and Schizo-Affective Disorder, recognized mental illnesses, David qualified for SSI and moved into a shared apartment. Within months he was asked to leave, I am assuming because of his erratic behavior and psychoses. This cycle of finding an apartment and then being asked to leave/evicted was repeated three or four times before David decided to live in his van. A legal injunction after he accidentally broke a window three years ago sent my son to court ordered substance counseling. But quite honestly, I am not surprised that the counseling had no effect. How can counselors try to dissuade their clients from smoking marijuana when it is now legal in several US states, and politicians are more focused on pandering to the profit-making cannabis industry than concentrating on the harms this potent, hybridized plant bud does to growing brains?

The last time I saw my son was a few weeks ago. After another 5150 psychiatric admission, I persuaded David to come home and let me look after him. He needed follow up dental treatment and was very malnourished. We got on fine for about a week. Then David showed me his Medical Marijuana card from one of the online outlets made popular after California’s Prop 64 in 2016. I did not confront him openly about it but did file a complaint to the California Medical Board about the online dispensary MD who had recommended his marijuana. I could not understand how any doctor could recommend a substance to my son which had been such a large part of his mental illness for the past 15 years, and any doctor who had checked my son’s medical records might have realized this.

My complaint will probably not be much use because 1. Recreational marijuana is legal in California anyway, and 2. No complaint can be followed up without the patient’s release of their medical records. My son knows that he had a legal right to smoke marijuana, and simply does not link the substance to his psychoses, paranoia and declining life prospects, which he is unaware of. I am recounting the event here because I know other parents are in the same position. Perhaps if enough parents complain to their State Medical Boards about these so-called “medical” marijuana outlets it will wake people up to the harms which marijuana does to the growing brain.

Editor’s note: When David entered college, the average THC content of marijuana was nearly 4-times as high as when his parents were of college age  and what David is  using now is undoubtedly even more potent. Learn more. 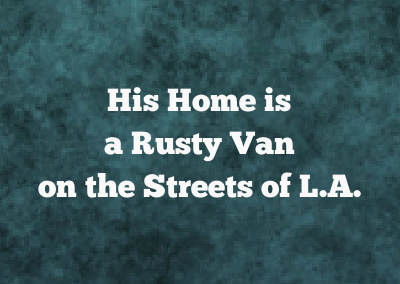