As Far as I’m Concerned, Marijuana Killed my Son.

My son, Thomas Osborn, took his own life on July 2, 2016. He probably started smoking pot sometime when he was attending the University of Utah and probably with his fraternity Brothers.

Tom was a high achieving student at Arapahoe High School in Colorado, and at Utah where he was a top student in his Math and Calculus classes of 250+ students. 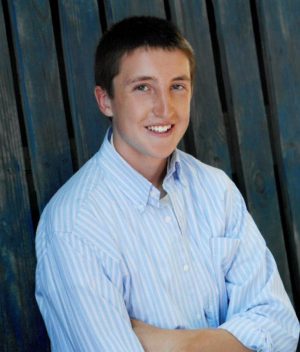 After two years of college, he dropped out of the University of Utah and returned to live at home in Colorado. He told me that he couldn’t continue as he was struggling with school and wanted to come home.

When he returned home, he started to smoke pot heavily, and eventually got in trouble with the law, when he received a DWUI charge. He was put on a two-year probation and stayed clean for the duration.

He had a good job that he liked and we felt he was progressing. But when he got off probation, he quit his job and started smoking heavily again.
During this time, we took him to various counseling centers and doctors, but nothing seemed to help him. He was diagnosed as “schizophrenic while under the influence of marijuana” by one psychiatrist. He was also having anxiety, multiple personality disorder and started cutting himself.

He always bragged that he used “top shelf” (high-THC) marijuana. But he assured us that he was using no other drugs, and we believed him.

He was soon arrested again, this time for trying to escape from the police, and probably during a psychotic episode. He was attacked by the dogs of the K9 force, put in jail and was back out on probation again.

Soon after this arrest, his psychotic episodes increased to a climax when my wife refused to give him money to buy pot. He stabbed himself with a kitchen knife in front of my wife to end his own life.

When Tom didn’t smoke during his first probation he was a normal young man, had a good job and was a pleasure to be around. We did things a father and son would do together. But when he went back to smoking it destroyed him.

We were anxious to get the coroner’s report after his death to see if he was using anything other than pot. We really thought that he had to be doing some other kind of drugs as well as pot. But his report only showed very high levels of THC, and no trace of any other drugs in his system.

To read in the media and continue to hear that pot cannot kill anyone – and that it’s a “harmless wonder drug” – makes me angry at the very least.

As far as I’m concerned, marijuana killed my son.

Submitted by Kent Osborn, a Colorado Father. Reprinted with permission by Smart Colorado.