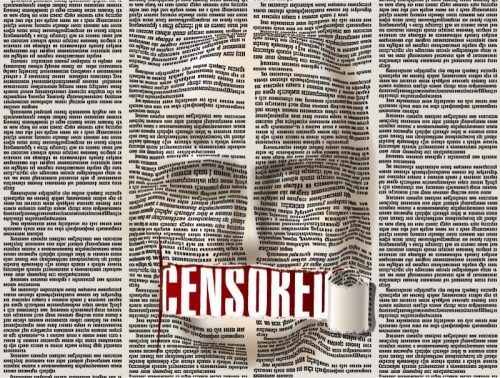 MomsStrong.org activist Aubree Adams just got banned from advertising her impactful anti-marijuana videos by Facebook. Even though she has been interviewed around the country about the downside of marijuana her former hometown newspaper refused to give her a voice, except for a few small editorial letters.

Aubree explains, “I contacted my home newspaper many times and asked that they tell my story and educate about the harms of marijuana. The editor wouldn’t even return my phone calls.  I wanted to warn my Colorado community about the link between marijuana and suicide. Now we have more and more kids taking their lives.”  Listen to Aubree’s story on this radio interview.

As media censorship widens, we find other drug prevention groups around the country are being ignored by the media. Their drug prevention messages and alternative voices, effectively censored.

Watch this important video about media censorship in Vermont and Massachusetts.

Catherine Antley also reports that the local press is uncooperative with her local drug prevention group’s efforts to educate the public. She explains, “Physician and prevention organizations have had difficulty placing paid-for, online advertising in Vermont newspapers which were nothing more than a direct quote from the RAND report author Beau Kilmer’s senate finance testimony (see below).”

This is the Ad Rejected by a Local Newspaper

Even Public Health Officials are being ignored

The Vermont Public Health Department is strongly opposed to commercialization. Click here to read their press statement on marijuana which is being ignored by the media.

What you can do

In the state of Texas, legislation is being introduce to discourage internet censorship. Please let your elected officials and local newspaper editors know that you want the drug prevention messages to reach your children, friends, neighbors and co-workers. Ask them to sponsor/support anti-censorship legislation in your state.