My Son Was Hospitalized 15 Times 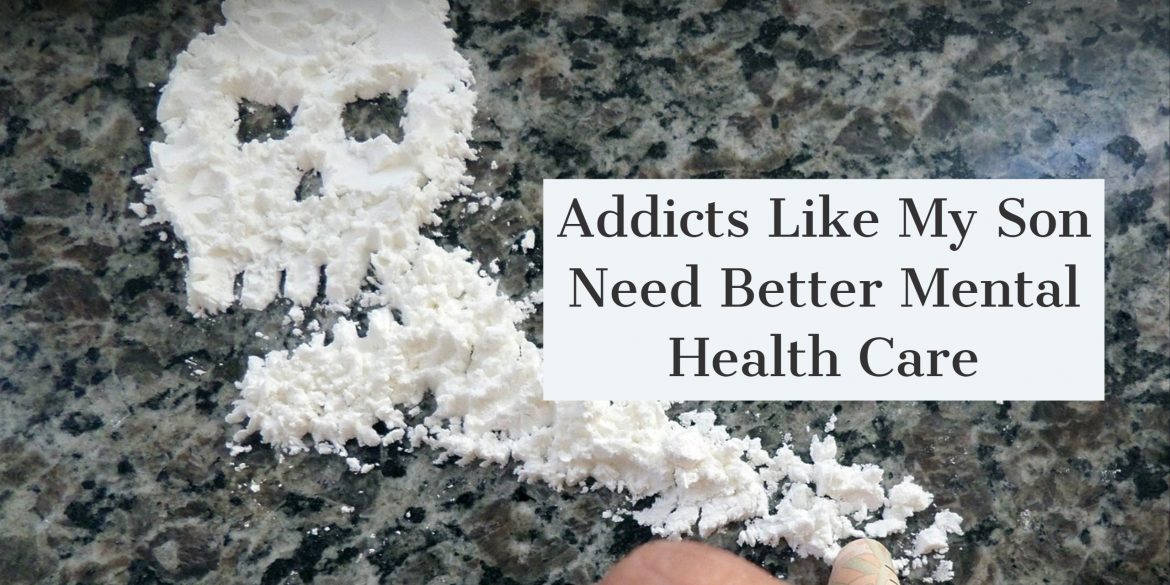 Bipolar Disorder, Made in Vermont

I appreciate the opportunity to share some of my experiences as a parent of a child with bipolar disorder. I know there are many opportunities for growth as a state in our approach to people with mental illness.

Close to thirty years ago, my husband and I moved to Burlington where I could begin residency in Ob/Gyn at UVMMC. Our son was 3 months old. We choose Vermont because it seemed to be a good place to raise our family. Lots of outdoor activities, and a focus on health and wellness.

We did our best to engage our children in tennis, hiking and skiing as a family. Soccer, lacrosse, football as team sports. We were relieved when our oldest son, Sean, showed little interest in drugs and alcohol in the middle school years.

What we didn’t know, was how Vermont is ranked amongst the highest states for teen use of alcohol, marijuana and cocaine.

In Sean’s junior year in high school he began using high level THC products, oils that were vaped. There was no tell-tale odor of marijuana. His mood disorder, later diagnosed as bi-polar depression, exploded. He went from being co-captain of the varsity alpine ski team to barely graduating.

Our family didn’t receive much help. When I might confide in a colleague, sometimes I would be told “well I’m glad I don’t have that problem”. Many were supportive but, the few that weren’t made it difficult to cope. I feared the stigma and it’s effect on my professional career. We, finally, found much needed support and assistance through Al-anon and NAMI family support.

We developed a unique code for messaging. My husband would text if there was bad news, page if very bad news. We both became experts at compartmentalizing. One day the page relayed the sign for bad news. I took the call in my office, our son had attempted suicide and would be very likely discharged from the Navy. This occurred soon after he resumed using marijuana.

After his discharge we sought care for him out of state, there were no facilities for young adults in Vermont at the time. I was worried about the stigma, for his future, if his medical information was available in PRISM (the hospital EHR).

Sean received care for just over a year in California. He moved to a facility in Pennsylvania in January to be closer to home. He relapsed soon after discharge. Instead of sending him to rehab, he was given a bus ticket to NYC. He was missing for 3 months. Finally, after multiple arrests for shoplifting, he ended up a Riker’s island

Sean received some of his best care at Riker’s Island. A terrible place if you ever visit. However, he was diagnosed with bipolar disorder and had a treatment plan set up. It was an opportunity to intervene in a manic episode, treat his substance use disorder and care for a life- threatening infection.

I didn’t confide in anyone, with few exceptions. The support just wasn’t there like it might have been had my child suffered from diabetes or cancer. It was a very difficult time of my life. I think Sean was hospitalized at least 15 times.

Fast track a few years later, Sean after some relative stability has another manic episode. He is found in the street one night by Burlington Police Department. He is psychotic and delusional. I go to find him in the ER, I explain that he has a bed at Brattleboro lined up already. Yet, he was already discharged. Unless you are homicidal or suicidal, you can be released. There is very little parents can do to intervene in their child’s care, if they are adults and not showing suicidal ideation or homocidal ideation. Some weeks later I called the police when Sean broke into our home. My husband was out of town and I feared for the safety of our younger son. If a there was a way to have Sean held with a mandatory mental health evaluation, I would have proceeded that route. I wouldn’t have been compelled to call the police.

We tried to reverse the charges but, once the criminal justice system was engaged there wasn’t much we could do. We tried, unsuccessfully, to reason with the DA.

Eventually, Sean landed in jail. He failed mental health court. As a family we were hopeful, that like at Riker’s, he might get some evaluation. In the year that he was in jail, he never saw a psychiatrist. He was taken off his prescribed bipolar medication. In fact, his PO sent him to Valley Vista specifically to receive an evaluation, however, the psychiatrist never saw him. He was released from jail, without his medication.

After release, he was untreated and manic. Despite having an offer of one year’s treatment, in exchange for cooking for the facility, he instead asked for his tent and took a job at a local restaurant.

He died 38 days later. He used a substance, thought to be cocaine which turned out to be 100% fentanyl. He died with fentanyl, marijuana and alcohol in his system.

I know that Act 153 should assist with medication. This is a huge step. However, I think our inmates need mental health care on par with medical care. We need a psychiatric evaluation with every intake. We need continued psychiatric care available.

I wonder what more we can do to provide mental health care to our citizens and inmates. How can we help parents intervene before our kids get caught up in the criminal justice system? So many in people in our prisons, have mental health challenges. An occasional AA meeting isn’t enough. What supportive housing is available after release?

Our son never hurt anyone, he was locked up for 5 misdemeanor charges. It is a failure that he didn’t receive basic medical care.

This testimony was first given by Kim on Mental Health Advocacy Day at the Vermont Statehouse on Jan 30th, 2019.