How THC Injures the Brain 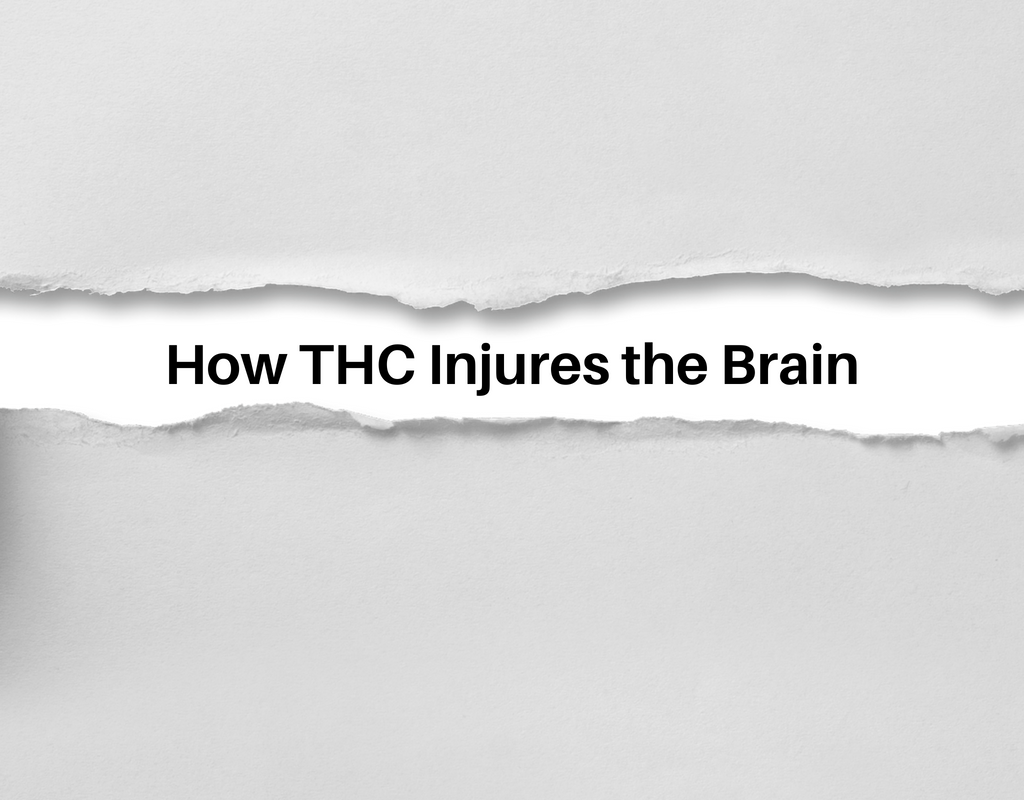 The dramatic increase in marijuana potency plus the increased prevalence of use among all age cohorts in the US have compelled scientific inquiry regarding the effects of this “recreational” drug. Clearly, marijuana does not cause overdose deaths like opioids or withdrawal deaths like alcohol. But, is it not like taking omega 3’s…a harmless supplement, whether it has any safe and effective health benefit or not?

Through the lens of “neurobiological addiction” proposed by Koob and Volkow (2016), this review elucidates three distinct neuroadaptive stages that lead to abuse and addiction, which are common to all psychoactive substances. The acute and long-term effects of THC on the brain and behavior are mediated via the vast endocannabinoid system (ECS), which was not discovered until the early 1990s and remains poorly understood. However, addiction is addiction and the psychopathology associated with marijuana, especially the high potency products, amid the drumbeat for full legalization in the absence of any serious scientific scrutiny is tantamount to political malpractice.

Here’s why. The best available evidence reveals three neuroadaptive changes that lead to addiction. 1.) The initial binge/ intoxication stage precipitates changes in the basal ganglia. 2.) Upon cessation, negative emotions occur via changes in the extended amygdala resulting in restlessness, irritability, mood swings and anxiety. 3.) Anticipatory preoccupation during abstinence results in changes in the prefrontal cortex (PFC). Deficits in motivation, focus, executive function and mediation and inhibition of hedonic drives are common.

These neuroadaptations are common to all SUD’s and marijuana is no exception. The confusion regarding the harm associated with marijuana can be partly attributed to the lipophilic properties unique to THC. The metabolism and storage of metabolites in adipose tissue, which cause functional impairment 24-48 hours after the subjective “high” has waned, is clearly not understood by the public or policy makers. Moreover, some neurobiological changes that are unique to marijuana cause loss of motivation towards attainment of non-drug rewards which is accompanied by emotional dysregulation, manifested primarily as anhedonia and boredom. Lastly, long term use of marijuana causes cognitive deficits, most notable the decline of IQ and executive function. Why Does This Matter?

Addiction to marijuana is real and has been demonstrated in animals and readily observed in humans. Use can be associated with psychosis, depression, suicidality and premature death. The idea that marijuana can be used therapeutically to treat so called “serious drug addiction” is a peculiar and untested hypothesis which is counterintuitive, as so many opioid overdoses have marijuana in their blood and extensive histories of marijuana use. There is not a speck of scientific evidence to suggest that marijuana is a viable “Medically-Assisted Treatment” modality for opioid addiction. While it’s true that cannabis may never be listed as the cause of death by overdose, its unique hydrophobic properties are associated with a whole new set of physical and psychiatric harms. And like all addictive substances, marijuana degrades neuronal signaling germane to reward incentive and processing, resulting in marked emotional dysregulation. Chronic use is associated with anhedonia, cognitive deficits and psychiatric disease. Marijuana Use Disorder comports with our known model of addiction at every level. The challenge is to educate a public that has been sold a bill of goods and manipulated by claims of efficacy, safety for everything from cancer to pain, without any FDA scrutiny for safety or efficacy.

To view the article RiverMendHealth.com and read more by Mark Gold, MD click here: How THC Injures the Brain