But for Marijuana, My Son Would Still Be Here

Our 17-year-old son Justin was a most unlikely victim of a heroin overdose when he died in 2008. He was an excellent student, athlete and extremely talented songwriter/musician on the verge of completing his first music album and facing a bright future. He died in his bedroom after snorting heroin just as he was about to begin his first week as a high school senior.

I believe Justin would still be with us today if it weren’t for his experimentation with marijuana at age 14. Justin, like many young people, had a cavalier attitude about marijuana. But for Justin, and also for many others, the marijuana brought with it the disease of addiction. 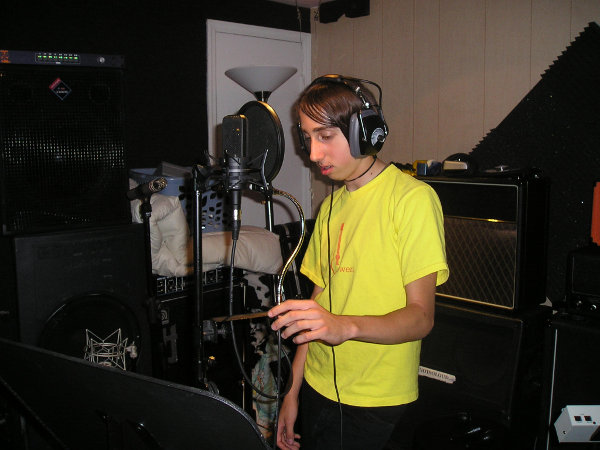 Justin had a normal, healthy childhood in a loving family as he pursued his passions. He was drawn to musical things as a young child, beginning piano lessons at age 6 and moving on to display a great talent for other instruments. When he was 12, we gave him an entry-level guitar and he wouldn’t put it down. A few weeks later he blew us away with his first recording on the guitar. When Justin was 13, he got together with some musical friends to create a hardcore band. He played keyboard and sang with big black X’s painted on the back of his hands. Those black X’s, he said, stood for straight edge, or no drugs, and he proudly displayed then as he performed. But hardcore music didn’t last long for Justin when he started writing lyrics for songs that told stories. By the time he was 14, he had written several, and we arranged studio time for him to record a couple of them. He continued to write and eventually completed six recordings. But if you would think having talent and a passion for using it, as well as support from a loving family, would make a young person immune from the perils of drug abuse you would be wrong. The trouble for Justin began at age 14 when he decided to experiment with marijuana with some of his friends. When we discovered this, we laid down the law that it was not okay and brought him to counseling. After some running battles, we thought we had won the war against Cannabis, but when Justin turned 17 in his junior year of high school, he began to display symptoms we didn’t understand. His moods were terrible, his work ethic diminished, he wasn’t sleeping at night, and he began to skip some of his classes. He agreed to see a psychiatrist, where he was given a blood test. That blood test revealed that Justin was in over his head in substances, including opioids. That’s when we staged an intervention. We took him out of school and sent him to Caron Treatment Centers in Pennsylvania. He spent a month there and we visited every weekend. When he came home he was much healthier. He was eating right and sleeping better and there were new rules. We monitored his activities, changed his cell phone, and did all the things that were suggested. He made up his work at school and finished his junior year with good grades. On the surface, things seemed to be okay that summer; he earned our trust and 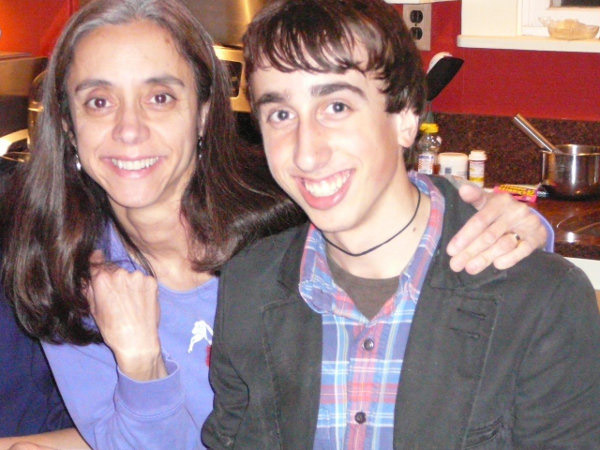 Justin and his mom

had new freedoms—even going to a three-day concert in the Catskill Mountains, where he and his friends camped out. Then there was that terrible Sunday in September as Justin was preparing for his first full week as a high school senior. He spent the day with friends we didn’t know. We couldn’t reach him on his cell phone. He came home late and, after eating a big dinner, he finished the work he needed to do for his first week of classes. He kicked us out of his bedroom because he wanted to get to bed. But he never woke up. Monday morning, Justin’s alarm was droning on and on. His mother went to check on him and could not wake him. Then there was a desperate call to paramedics, which ended in a parent’s worst nightmare. Justin had died. “Acute drug intoxication” were the words later used by the medical examiner to describe the cause of death. It turns out that, on top of some recreational drugs, Justin had snorted heroin and became another drug victim. After Justin died we created The Justin Veatch Fund, a non-profit organization to honor his legacy with scholarships and music programs for talented teens. Justin’s music, along with covers recorded by artists he had admired, was released in the album Permagrin, the name Justin had chosen himself. Polyvinyl Records distributed the CD because one of the covers was recorded by signed artist Mike Kinsella, a favorite of Justin’s, who tours as Owen. Justin’s music has since been sold or streamed in more than 30 countries. 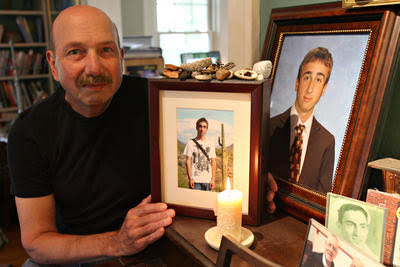 But after all of that, nothing we have done to honor Justin’s memory has been more important to me than my 40-minute multimedia talk to teens. “A Message from Justin” has been presented to thousands of students with the goal of inspiring them to take better care of themselves and to watch out for their friends. Our story is also told in the independently produced short documentary Whispering Spirits, which can be viewed and obtained free of charge through its website whispering-spirits.com. Jeffrey Veatch, President The Justin Veatch Fund (914) 772-1254 thejustinveatchfund.org