Marijuana, A Path That Leads to Certain Death

Raymond and Tammy Castro’s son, Joey, died on July 12, 2013. On March 8, 2015, they testified about his life and death for a Senate hearing in Austin, Texas. Their testimony is reprinted here with their permission. 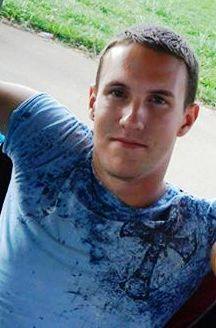 “I still walk past his box in storage, Joey’s belongings, all I have left of our wonderful, funny, intelligent, handsome baby boy. A large blue rubber-maid tub of his things. Everything that we did not give to loved ones is in there. Joey’s notes and books … Axe for men … Old Spice … and finer colognes … hair brush … contact lens case … shoes, coat, jacket … his favorite UT jersey … clothes that I want to make quilts and teddy bears from but can’t brings myself to cut up yet. It is a glaring reminder of who he was, and who he was on his way to becoming. The smell of him hits me when I left that lid. If I were to close my eyes, I would almost guarantee you he was right there with me.

Today I am reminded of another smell. The smell of marijuana, the first illegal drug that Joey ever used. The drug that Joey was introduced to, not by the criminal element but an entrusted family member, probably not much different than many here tonight testifying in favor of this bill. Marijuana, the drug he was told would not hurt him, yet affected his ability and even his desire to solve problems and make good decisions. The drug that in the beginning lessened his emotional hurts until he developed a tolerance, and so he began lacing it with synthetic drugs, and later on substituted it with harder drugs. We would end up in emergency rooms for laced marijuana and then the other drugs, not knowing if Joey was going to make it through the night, onto treatment because Joey’s dream was to overcome his battle with drugs. Eventually he would go back to marijuana for the same reasons as the very first time, and the cycle would start over again, with the only common denominator each time being marijuana. 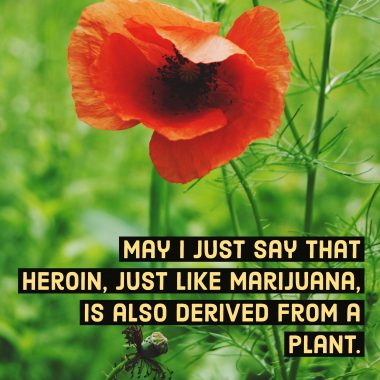 Heroin also comes from a plant, the opium poppy.

The last time, Joey was clean for a period of almost six months, with a great job, technical training, attending church, and even singing in the choir, until I smelled marijuana again in June 2013. His life spiraled down, and on July 12, 2013, I received a phone call that our 20-year-old son had overdosed on heroin. May I just say that heroin, just like marijuana, is also derived from a plant. Since Joey has died, it breaks my heart to say that we have talked to so many other parents with similar stories. Making marijuana more accessible to our youth is not the answer. If you pass this bill, you are sentencing more youth to a path that leads to certain death.” —Raymond and Tammy Castro 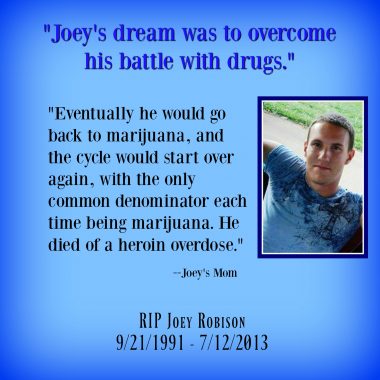 Please share this meme and this story, to warn others of the dangers of marijuana.