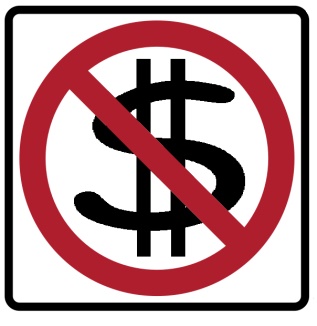 The well-funded Marijuana Industry, with its endless supply of lawyers and lobbyists has put Prop 64 – The Recreational Use of Marijuana – on our ballot. Nothing about Prop 64 is written in the public’s best interest. One’s right to smoke marijuana or consume THC is protected under California’s Medical Marijuana Laws; migrating that protection to recreational use is both unnecessary and has dangerous consequences.  Please take a moment, to read why Proposition 64 – is bad legislation, bad for California and horrific for California kids.

Prop 64 allows for unlimited advertising.  Ads for smoking marijuana on TV are legal during almost all programming (not Sesame Street), but all prime time, day time and other weekend  TV programming is legal.  This means pot ads on shows like The Voice, Big Bang Theory, the Olympics, all sports, etc…  You can also expect to see billboard and bus board advertising throughout your community as well as advertising on internet sites like Facebook, Instagram, Twitter, Snapchat, etc…  Why would we ever allow any kind of marijuana advertising?

Will Prop 64 pass?  When people learn what’s in Prop 64, most change their vote to “No.”  This advertising issue alone reduces the voters “likely to vote yes” to just 43%.

Marijuana use goes up across all age groups when a state legalizes.  18-25 year olds are the #1 user group of marijuana per capita; while 12-17 year olds are the #2 user group per capita.  Unfortunately, the adolescent brain is developing most rapidly from 12-25 years old – and is the most susceptible to the neurological harms of marijuana use.  Pot is 10-40x stronger today than 20-30 years ago.  Marijuana is categorically not “better than alcohol,” nor is it “no big deal” for kids.

Plus, Prop 64 only levies a $500 fine for selling drugs to minors.
Legalization = more drugged driving The number of marijuana DUIs and fatalities has gone up at least 50% according to every report tracking traffic incidents in Colorado & Washington.  Prop 64 sets no DUI parameters prior to putting millions more impaired drivers on California roads.

Prop 64 allows for unlicensed home grows – 6 marijuana plants in every home in California.  This is a lot of marijuana.  The plants are evergreen, so they get bigger and yield more every year.  Conservatively however, figure 60 joints/ounce and a pound/plant – that’s roughly 1000 joints/plant.  That’s right – 6000 joints per household!  BTW – marijuana smells horribly while it’s growing. Of note, the black market is thriving in Colorado.  Legalization is the perfect vail, because it’s harder for law enforcement to see what’s legal vs. illegal.  In California, all previously convicted felons are welcome in the new legal marijuana industry, even those convicted of selling drugs to a minor or using minors to sell.

As a parent, know that those 6 plants – a massive new black market supply is where your kids will get their stash.  Never again will you let your kids or grandkids (of any age, 2-20) go to a neighbor’s house without first asking – “Are you growing? How much supply do you keep in the house?   Are edibles locked-up?  Do you use marijuana with your kids?” “Sin” taxes have never generated much sales tax revenue.  Colorado taxes have been a fraction of what their pro-pot lobbyists claimed.  John Hickenlooper, the Governor of Colorado, has told everyone they are making NO money on legalized pot.  Not only is pro-pot lying about the tax revenue potential in California, they don’t mention the fact that Prop 64 allows the tax rates it sets to be reduced almost immediately if passed.

Prop 64 provides NO money to cities or counties or school districts to manage the increase in oversight and management Prop 64 will require.  At the same time, 64 mandates home grows, mobile delivery and advertising be allowed in our communities.

Lastly, if passed, PRACTICALLY nothing about Prop 64 can be changed no matter how horribly some part of Prop 64’s 62 pages might be in practice.  It’s the law, and written into the California Constitution exactly as is.  Only another ballot initiative can change it.  FYI- they cost tens of millions to get on the ballot and successfully promoted.